As I said in my last post on my second look for summer, this past Friday I went to Universal Studios in Hollywood. My great friend Jordan works for Universal and him and his wife, my other great friend Kirsty joined us. I was so glad that they were going to join us especially since they are there a lot and I didn’t want them to be sick of the park and to have a fun time, which they did. It was also very cool of them to join us because it was hotter than hell out and the four of us are very fair-skinned people. We’re all very good at protecting our skin. With that said, even with all the sunscreen we applied, we did get a little burnt which didn’t surprise me in this Southern California sweltering heatwave.

I’ve been going to Universal since I was little and we were reminiscing about the rides and attractions that the park used to have such as the Back to the Future Ride, E.T, etc. Even though my husband have been to Universal hundreds of times it seems, we both have never been able to see Hogwarts and the “Wizarding World of Harry Potter.” In the last few years, we’ve gone to Universal for Halloween Horror Nights where they close that part of the park down. We spent the majority of the day there Friday and it was so much fun. The Harry Potter and the Forbidden Journey ride was awesome but going through the line in the castle was just as fun. The attention to detail was so crazy and amazing and you really felt like you were in the movies. Even though I’m not a die hard Harry Potter fan and have never read the books but really enjoy the films, and greatly appreciated all the work and detail that was put into Hogwarts. I love magick and wish it was a real place.

Besides that, we had fun taking pictures with Hello Kitty, trying on cute personalized kitty ears, did some shopping, including me buying a “Marauders Map” souvenir glass for my hubby and a Death Eater wand for myself, took a bunch of fun photos and just had a nice day. I think for the four of us, the most important thing was just for all of us getting together. We all get busy and crazy with our lives and it’s so important to take time out to get together with people that you have fun with and love. Also this particular trip to Universal was an early birthday present for my husband. He had been wanting to get a Hogwarts Butter Beer for the longest time and was upset that we couldn’t get any last time we were there, AND HE FINALLY GOT TO ENJOY ONE!  Another huge thank you to Kirsty and Jordan for having a fantastic day with us, despite us getting burnt. It still was such a blast. 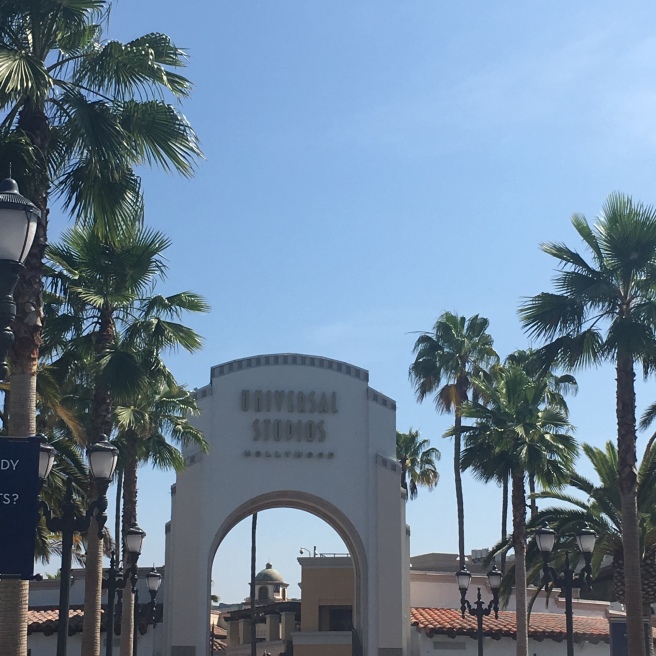 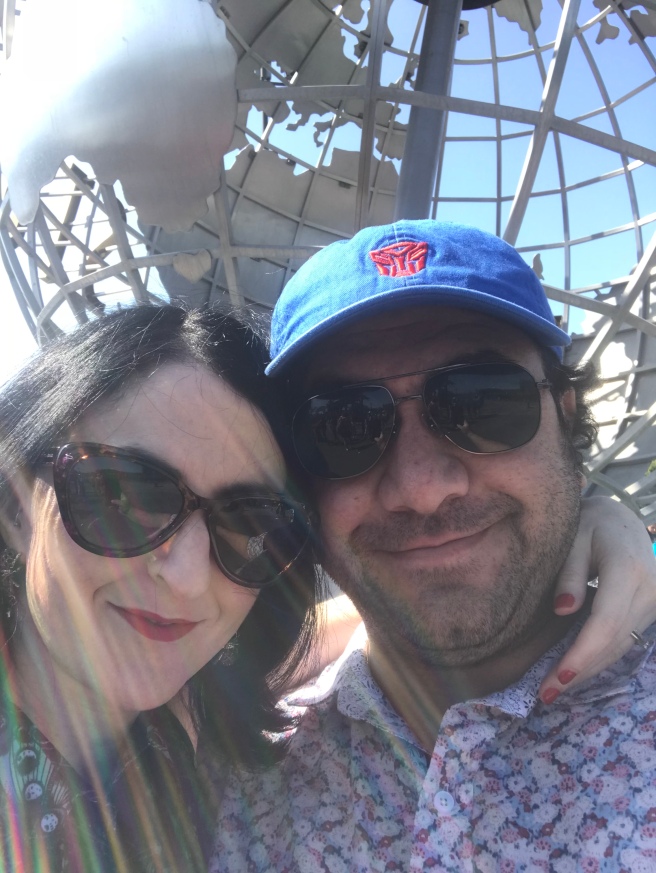 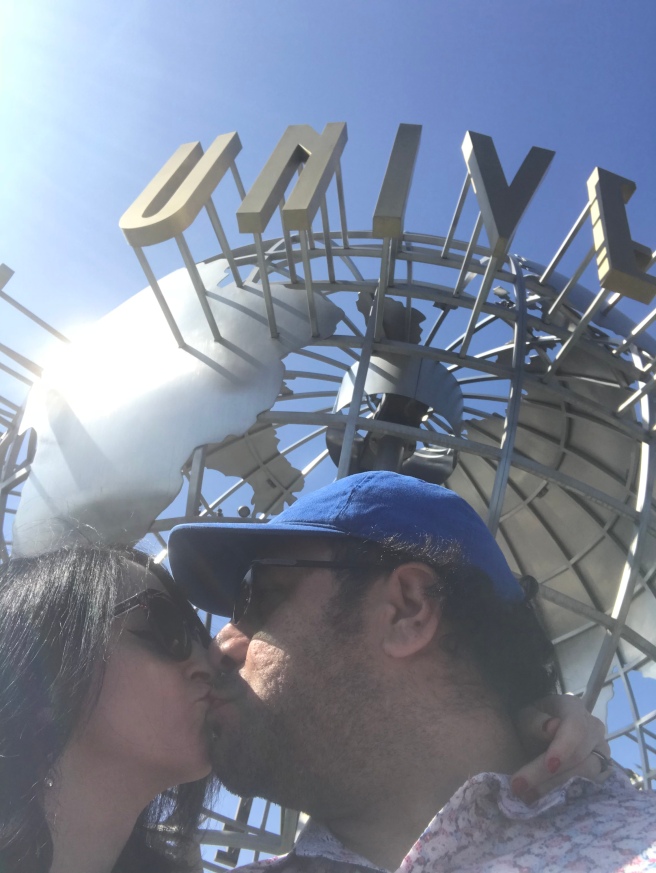 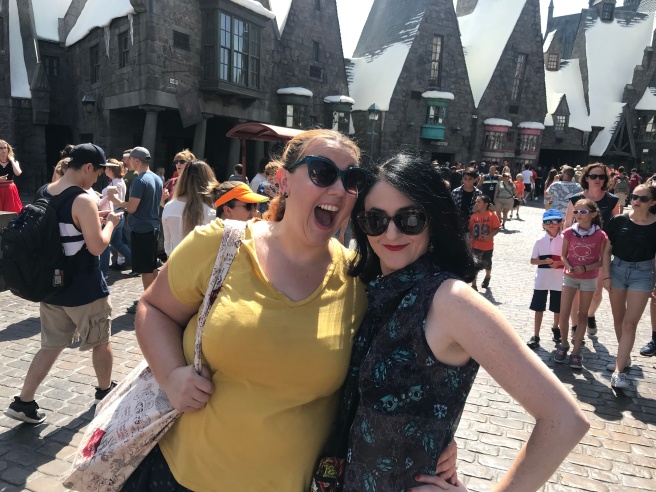 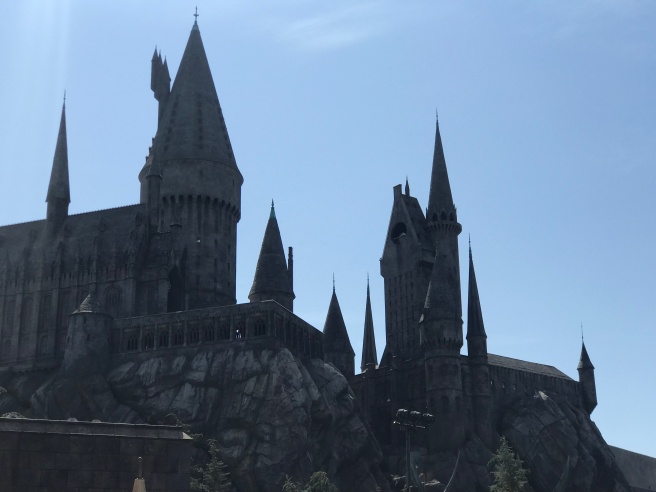 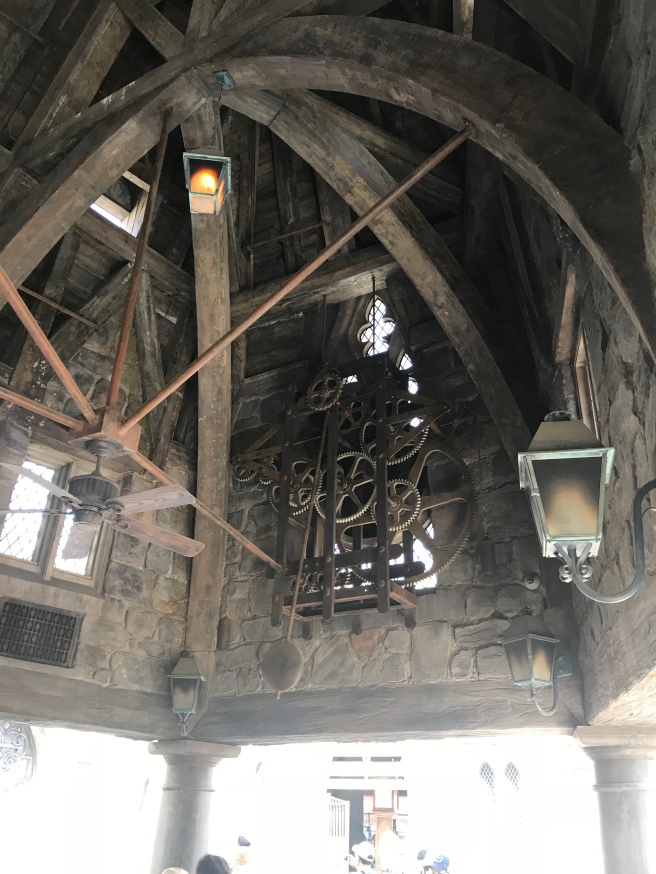 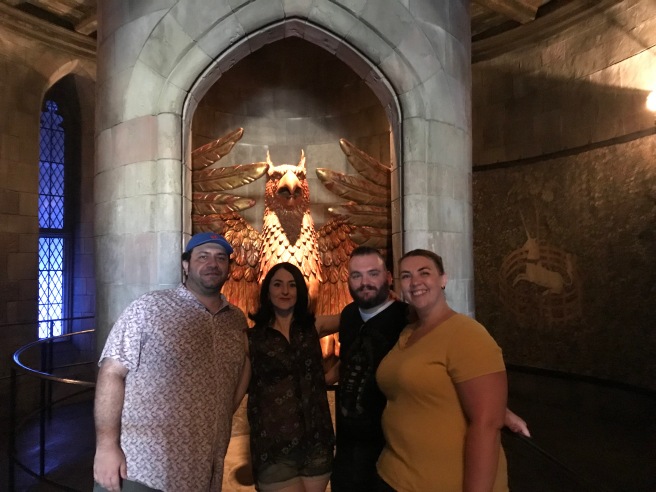 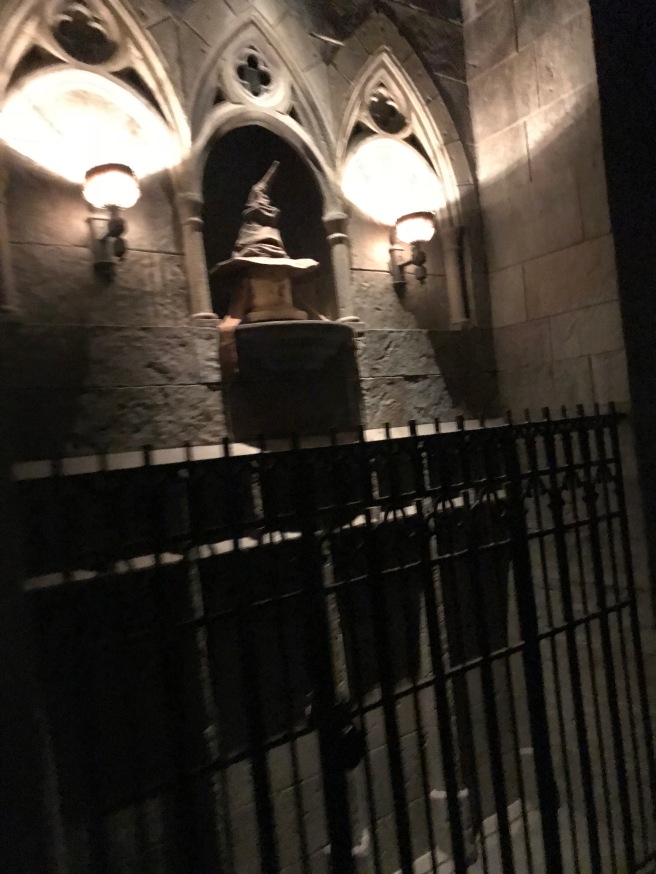 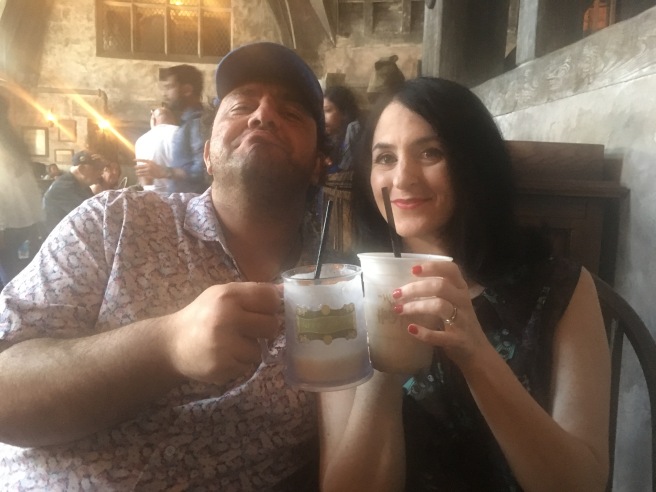 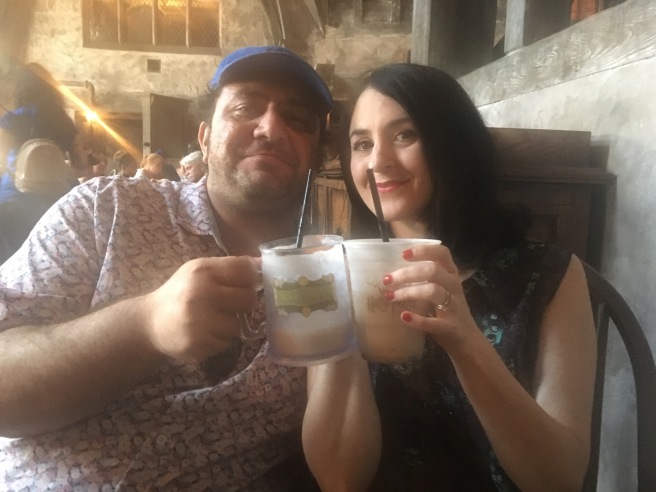 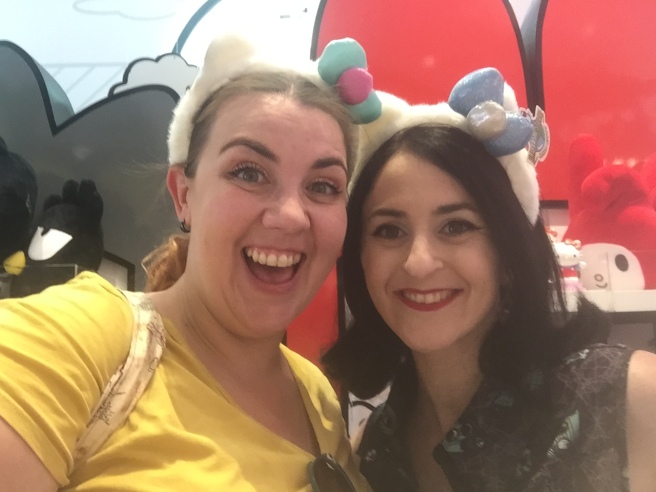 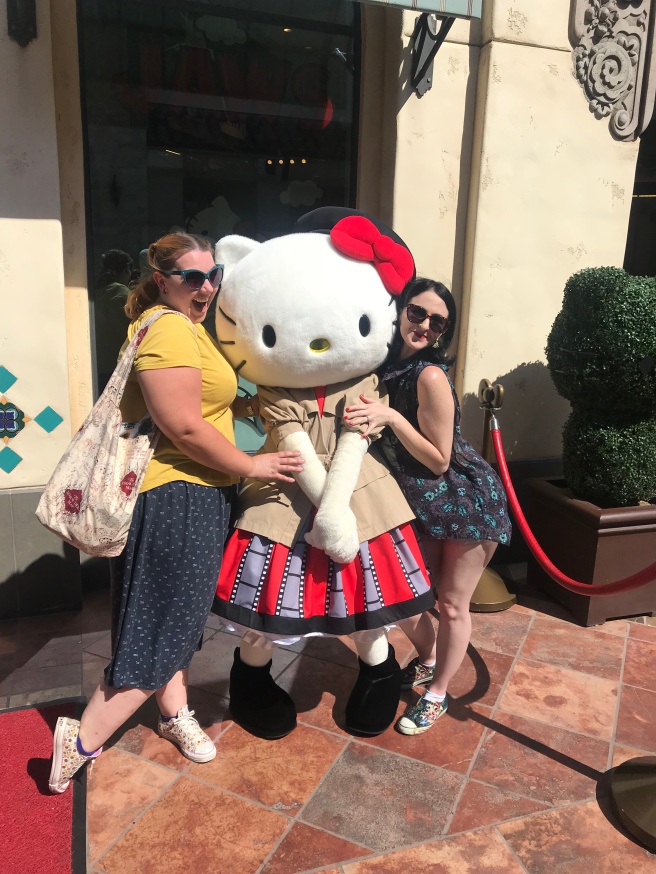 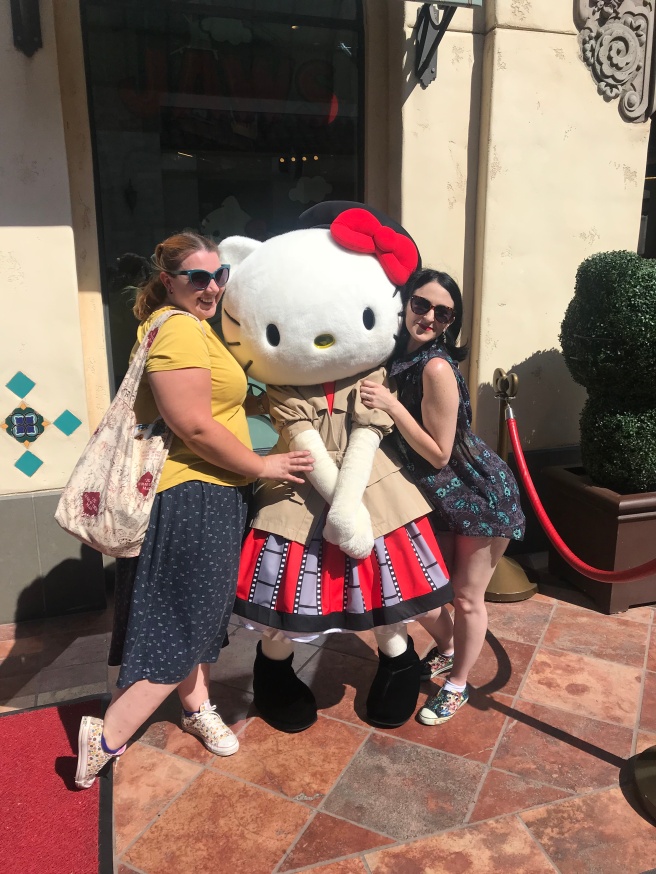